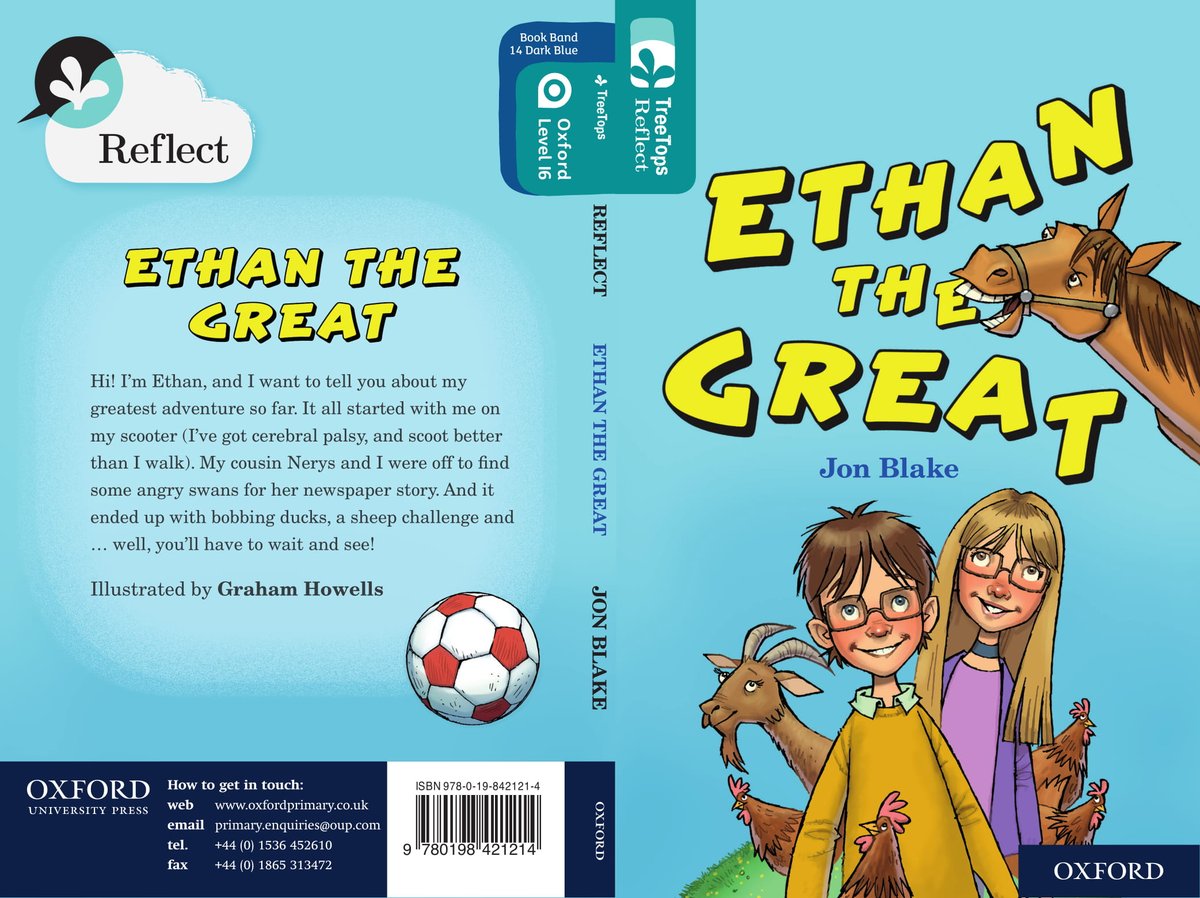 I’m back! And, yes, I know, it’s been a while, but I PROMISE I will upload book reviews more frequently. Today I’ll be reviewing Ethan the Great, by Jon Blake.

Ethan, the main character and narrator, is loosely based on me, as he has cerebral palsy, which affects his legs, just like me. Ethan is also an avid fan of football, which I am too. The story’s plot is more or less centred around Ethan and his cousin Nerys. On a trip to the countryside, they encounter a TV crew from the local news station making a programme about farming, and manage to get themselves on it, as they know nothing about farming, which is exactly what the TV crew want. They complete a series of three challenges, milking a goat, shearing a sheep, and something known as “The Ultimate Challenge.” The first two have hilarious consequences, and Ethan displays an act of heroism at the end which earns him the nickname “Ethan the Great,” he becomes a superstar. Ethan is a likeable, optimistic person, but my favourite character has to be Nerys, who seems like a shy person at first, but as the book progresses, shows just how iron-willed she can be, including going into something called Nerys War Mode.

This book is very funny and overall a good read. I recommend it for children aged 7 to 9.

Here is a short extract, where Ethan is playing for his school football team:

‘Franco!’ I cried. ‘Romy!’ I cried. ‘Pass, someone!’ I cried. No one seemed to hear. Time ticked away – no score. Then, at the last minute, we won a penalty. Alex stopped a certain goal with his arm, and Mr Hawkins pointed to the spot. Franco wanted to take it, but so did Sultan, and so did Harri. There seemed no way to resolve the dispute, so Mr Hawkins stepped in.‘I will decide who takes the penalty,’ he said.
Mr Hawkins scanned the red team, and his eyes fell on me. ‘Ethan,’ he said. My blood ran cold. They say you should never have negative thoughts when you take a spot kick, but all I could think was: I’m going to miss. It didn’t help that the whole team wanted to offer advice, and no two pieces of advice were the same. ‘Hit it to the left.’ ‘Hit it to the right.’ ‘Bang it straight down the middle.’
I tried to remember the great goal I’d scored at disabled football – how I’d run the whole length of the pitch and tucked it away like Ian Rush in his prime. But I felt confident then. There was no pressure.I lined up the ball and took a few steps back. I’m Ian Rush, I thought.
Except I’m going to miss.
I shot a glance at Dad, hoping he could somehow save me. His hands were covering his eyes.
I ran up and… 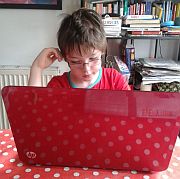